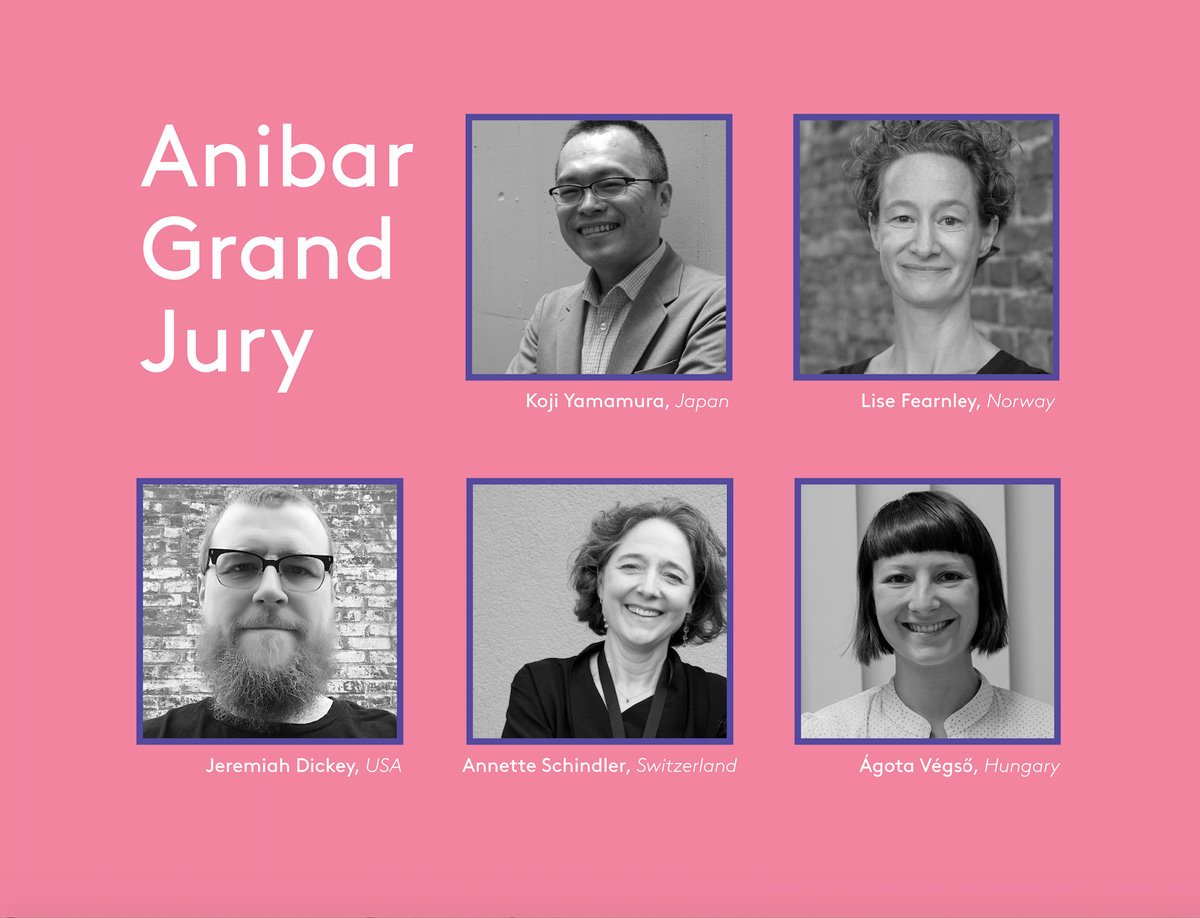 The 10th edition of the Anibar International Animation Festival, this year will be held from July 15th to 21st in Peja. We are pleased to announce the juries that will evaluate the films that are competing this year for different categories.

For the best animated film in the categories of Best International, Best Balkan, and Best featured films, the jury will be: Annette Schindler (director of the Fantoche Festival), Koji Yamamura (member of the Academy of Arts and Lise Fearnley (Producer of Animation, International Prize Winner), Ágota Végső (director of animated films and productions), Jeremiah Dickey (directed, designed and animated over 40 short films ).

The second jury, which assesses the categories of students, and video music animatons, consists of a film directors from Kosovo and Albania. The members of this jury are: Hana Arapi, Lumi Radoniqi, Stand Spahija, Rigon Kurteshi and Jon Mithi. The jury will be mentored by producer Kamila Dohnalová, and Pavel Horáček, director of the program at the IFAF Anifilm Festival in Třeboň.

In 2011, Annette Schindler was appointed as the artistic director of Fantoche, in 2013 she became the festival director. Under her direction the festival grew in various realms: The program was expanded with the Industry Day designed specially for professionals and with multimedia exhibitions. The number of submitted films increased by more than 100%; since 2016 Fantoche communicates in there languages; and the number of visitors grew by some 27%.

Annette Schindler has established her reputation as director, initiator and co-founder of several institutions and festivals, such as the House of Electronic Arts Basel (2010), the Shift Festival of Electronic Arts (2007–2010), the Digital Art Collection/Store (2005-2011) [plugi.in] and Art and New Media Basel (2000–2010). Previously, she directed the Swiss Institute in New York (1997–2000) and the Kunsthaus Glarus (1995–1997). In 2010, the Federal Office of Culture honoured Annette Schindler with the Swiss Art Award Prix Meret Oppenheim. On a regular basis, she serves as Jury member in festivals, amongst them the Annecy festival in France (2014), the 3rd Shenzen Independent Animation Biennial in China (2016), the Festival Anima, The Brussels Animation Film Festival in Belgium (2017) and the New Chitose Airport International Animation Festival in Japan (2018).

Koji Yamamura born in 1964. During the 1990s, He refined his style, spending much of his time making films for children. Nominated for an Oscar for Best Animated Short, “Mt. Head”(2002)marked a turning point, he to a place among the world’ s top animation filmmakers by “The Old Crocodile” (2005), “Franz Kafka’ s A Country Doctor” (2007) and “Muybridge’s Strings”(2011). Those films got awarded more than 90 prizes include the grand prizes of 4th big animation festival, Annecy, Zagreb, Ottawa and Hiroshima. He worked for international jury a lot and held on many retrospective screenings around the world. He is membership of the Academy of Motion Picture Arts and Sciences, a professor of Tokyo University of the Arts.

Lise Fearnley began her animation career as Director of Photography for acclaimed Norwegian/Russian puppet master Pjotr Sapegin at Studio Magica. After a few years, she started working as a producer, and in 1996 she co-founded Mikrofilm. Over the last 20 years, Lise has produced award winning short for an entire generation of Norwegian animation directors. Among her credits are the Academy Award winner The Danish Poet directed by Torill Kove, and Academy nominee Me and My Moulton. Lise has also produced a long list of commissioned films for clients such as Norwegian Broadcasting Corporation (NRK), Tine, and Save The Children. Lise is invited to the festival as a part of the celebration of Mikrofilms 20th anniversary and is a part of the panel discussion about the studio and producing personal stories. Many of the films Lise has produced will be screened in the retrospective programme before the panel discussion.

Jeremiah Dickey has been creating fine animation since 1997, working both independently and in cahoots with various studios and production companies in New York City and beyond. Past work includes frequent collaboration with filmmaker Emily Hubley on animation for numerous documentaries and independent films, including Hedwig and the Angry Inch (2001) and The Toe Tactic (2007). Since 2012, Jeremiah has been an Animation Director for TED-Ed, an online educational initiative of the TED Conferences. In that time he has directed, designed and animated over 40 short films on subjects from ancient mythology to cutting-edge science and everything in between.

Producer and Project manager at the Sci-Vi Department and Project main Coordinator of NiNoKo Universe Accelerator at The Animation Workshop/VIA UC in Viborg, Denmark.

Ágota is a Hungarian animated film director, illustrator and producer. She finished her studies at the Moholy-Nagy University of Art and Design (MOME) in Budapest. She attended ASF – The Animation European Production Workshop in 2012, and had the opportunity to participate in the Open Workshop program at The Animation Workshop (TAW) in Denmark in 2014. Since then she is working for The Animation Workshop being responsible for the organization of a collaboration with TED-Ed and other animated projects related to science, education and talent development.” 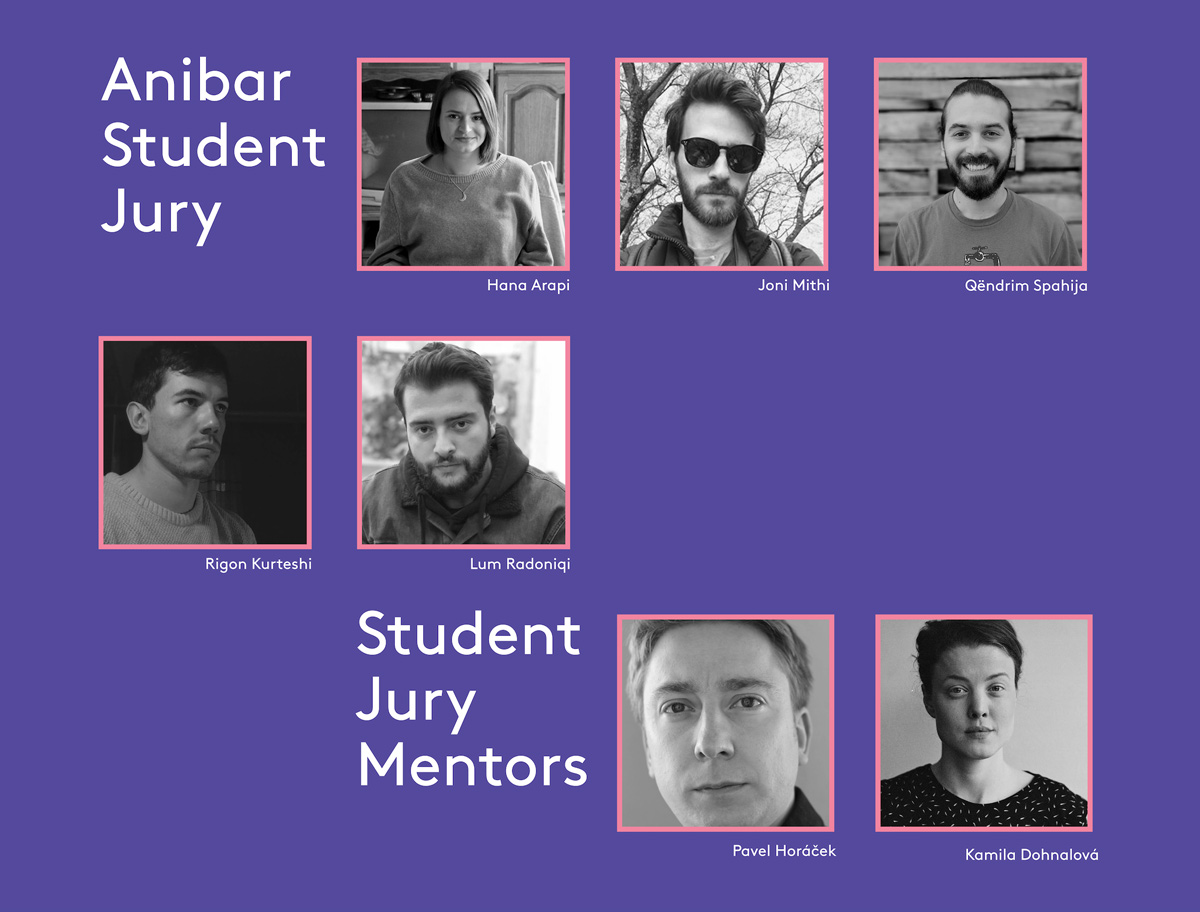 Hana Arapi is co-owner of Amam Studio – a design & animation studio based in Prishtina, and founder of Videosinteza – a channel that covers different topics of science, sociology and technology, visualized through illustration & animation. She always tries to use design & animation as a very powerful tool to change things for the better in our society!

Qëndrim Spahija is a Motion Graphics Artist, that has been putting designs in motion since 2015. His career began after completing “Motion Graphics for Broadcast” training, where he started working at “Kokrra” creative agency. There he took experience on 2D and 3D animations, such as Traditional Animation, 2D Vector-based Animation, 3D Animation for Video and Film, VR 3D Animation and Game Animation. Later on, his journey led him to start working at “Gjirafa INC”, being responsible for the motion design part of their products. Currently he’s working for the TV Platform “Artmotion”, where he’s head of Motion Graphic Design team, and recently finished a training program “Training and Education with Marketable ICT Skills for Employment”, where he was mentoring “Motion Graphics” for the high school students.

He’s still attempting to create the perfect curve of animation.

Rigon Kurteshi was born in 1997 in Gjilan. As a child he took lessons in drawing and painting. In 2019 graduated from Faculty of Arts in Prishtina. He is mainly focused in 2d animation, and also in art history and art theory.

Using classic and avant-garde visual storytelling techniques, Jon strives to find a truth and a connection among his characters and their reality on a metaphysical level. Living in Prishtina since 3 years, he is currently working on his next script.

Kamila is a film producer based in Prague, Czech Republic. Besides bringing into existence several international animated and live action projects within her production company Silk Films, she works for Anifilm festival.

Pavel Horáček was born in České Budějovice, Czech Republic. He graduated in Film History and Audiovisual Culture from Masaryk University in Brno, devoting his thesis to means of expression and specific animation techniques, namely in Czech animated films. For three years, he worked as programme director at the AniFest International Festival of Animated Films in Teplice. Since 2013 Pavel has been working as IFAF Anifilm programme director in Třeboň. He is an initiator and dramaturge of the internet portal aniont.com, freely presenting authorial works of animation. He has curated three DVD anthologies of Czech animation, released by the Institute of Czech Animation. He was also the catalogue editor for Jiří Trnka’s Studio exhibition. He prepares special programmes of animated films for institutions in the Czech Republic and abroad. Pavel writes about film and animation, and served as a jury member of various international festivals.