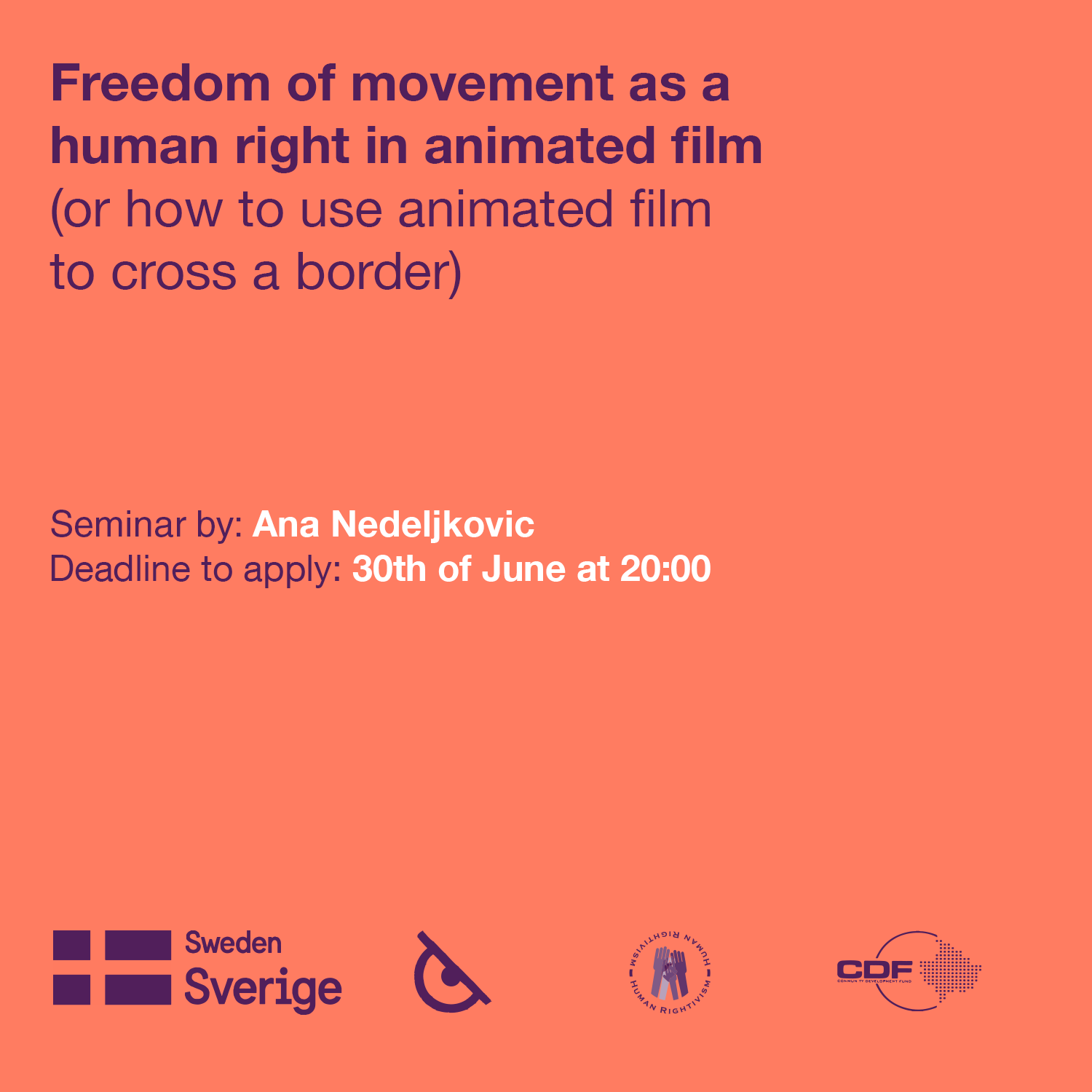 Animated films are often understood as colorful and funny content for children, but actually they have a strong potential to address important social and political issues. In contemporary society where we are overexposed with real documentary images, language and aesthetic of animation could help us to get closer to the viewer and share a message. Freedom of movement as a human right is an extremely important and relevant topic that needs to be discussed and we are going to explore how to discuss it using animation.

To change the world through animated film is a very complicated task… but what we can really do is to make small and effective steps. We are going to discuss different possibilities of reaching the wider audience: workshops, collaboration with schools and curating of special animated programmers.

This is a free of charge seminar and all interested applicants to participate in this seminar should fill the form in this link .

Deadline for application is 30th of June at 20:00. All other relevant information will be sent via email to the selected participants right after the closing deadline. 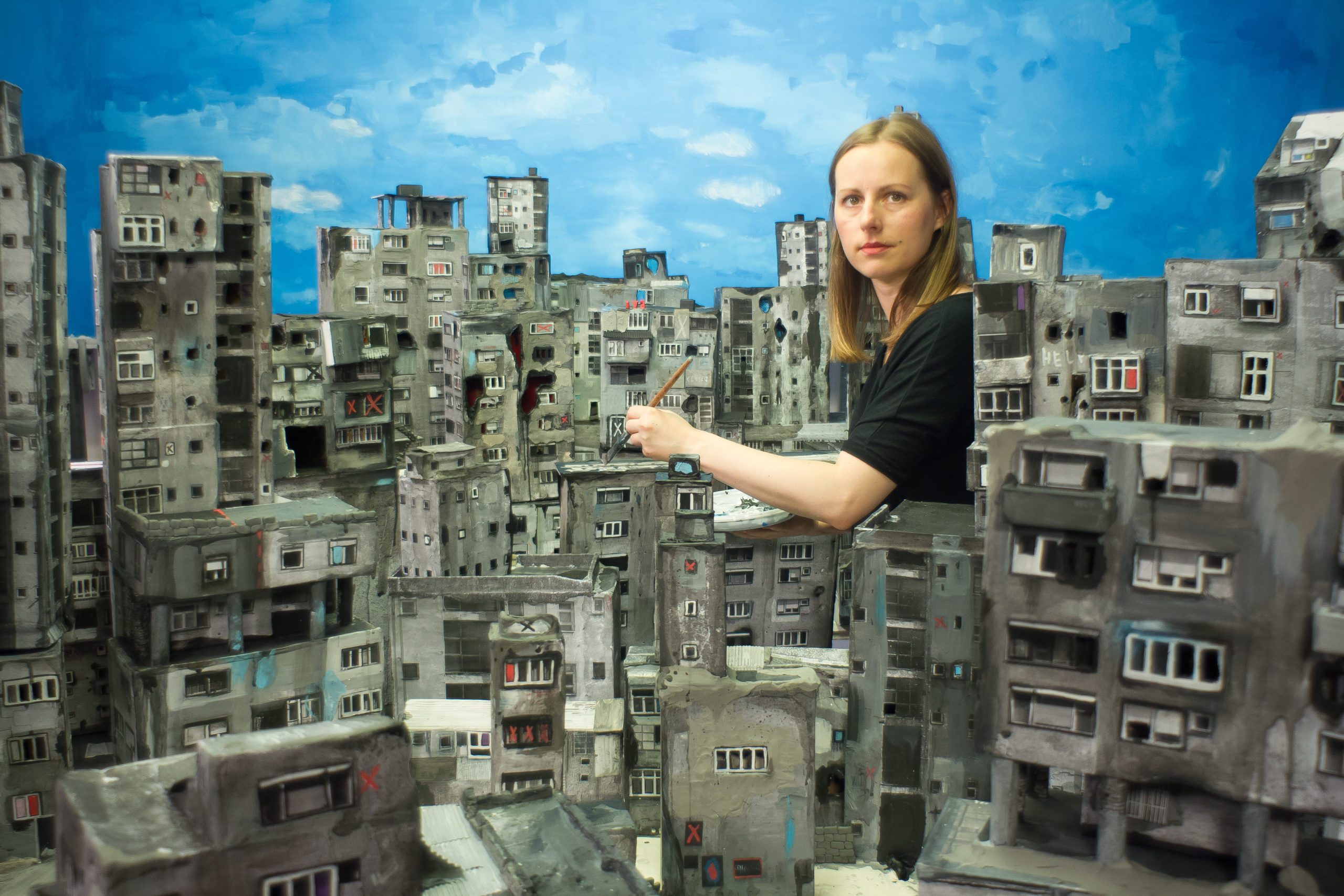 was born in Belgrade in 1978. She graduated in painting from the Faculty of Fine Arts in Belgrade. She was awarded a PhD in art practice at the same faculty. She is a visual artist, director, animator and educator.