Meet the creative sketcher of Anibar -Ágota végső: There is no hope without fear and no fear without hope 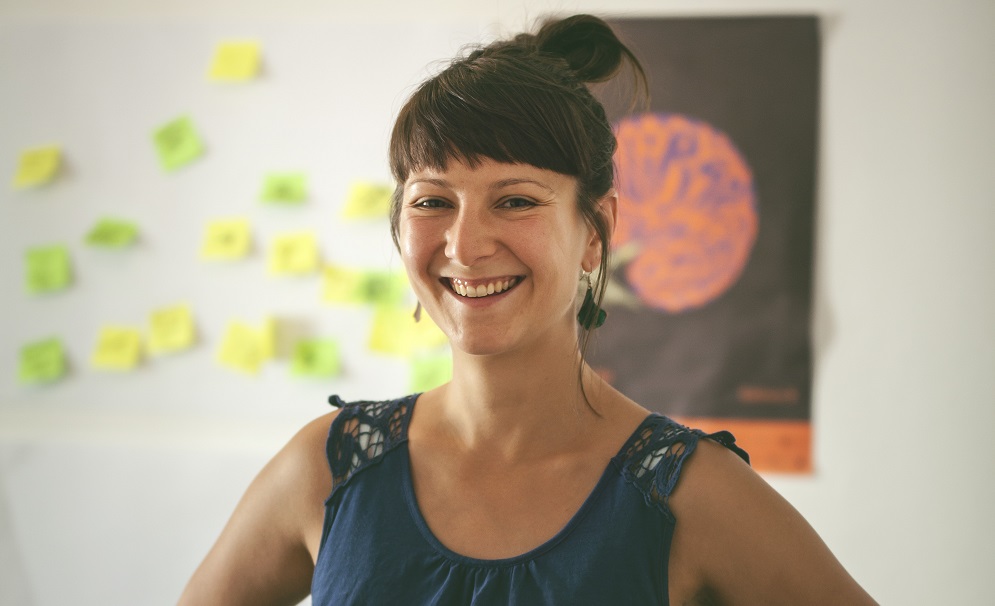 Ágota is a Hungarian animated film director, illustrator and producer. She finished her studies at the Moholy-Nagy University of Art and Design (MOME) in Budapest. She attended ASF – The Animation European Production Workshop in 2012 and had the opportunity to participate in the Open Workshop program at The Animation Workshop (TAW) in Denmark in 2014. Since then she is working for The Animation Workshop being responsible for the organization of a collaboration with TED-Ed and other animated projects related to science, education and talent development.”

One of the most special moments during the Anibar festival, are her unique and beautiful quick sketches she did in every part where Anibar was happening. We present to you a short interview with Ágota, where she tells us about her work, differences between Anibar and other festivals, her impressions and in the end she talked to us a little bit about her hopes and fears.

Anibar Press: Can you describe your opinion about the importance of art expressed through animation?

I generally think that everything is worth to communicate through animation. It’s an amazing medium, not just a tool but a way of visual thinking. I personally felt in love with animation because it gives the possibility to express anything. It’s a unique medium that can reach a broad audience with a really easy language. Everybody can understand animation. Using animation more and more educates the people’s eyes to understand art better and creates a critical visual thinking.

Anibar Press: Can you tell us the difference between the Viborg Festival and Anibar?

The most remarkable difference is how the two festivals evolved. I found an interesting opposite order how the parts gather together. In Viborg we first establish the education then the festival, in Peja they first established the festival and the workshops came along later. In Viborg at The Animation Workshop our general director, Morten Thorning and the others first had the animation school. Throughout the years they built more and more activities around the educational core. As a unique animation school in the area we wanted to engage the locals and that’s how we started to screen films and how the festival was born. At Anibar Vullnet and the others started the festival out of their enthusiasm for films and all the other activities grew around this event. More and more local and international attention now allow them to establish animation education as well. It’s wonderful how the youth around Kosovo were growing up on Anibar’s animations and learnt to understand art. Anibar is a great inspiration and a fantastic event to grab attention on the artists of Kosovo and the region.

Anibar Press: How hard was it for Denmark to have an animation school?

It has a lot of similar points how The Animation Workshop, TAW, got born compared to Anibar. Almost 30 years ago a group of young art fans started to organize animation courses on a really small scale in Viborg. During the years they got more and more attention and support and TAW grow into a worldwide known institution and center of animation. It’s still a constant fight to justify the importance of the existence of our school. It’s funny how much energy is to tell the world constantly about the importance of art and culture, not to mention education. But we will never stop to spread these important issues and help each other in this mission.

Anibar Press: What would your advice be for Kosovo to have such a school as Denmark?

Every country has a different set up and the journey is always slow. How TAW was growing from small scale course into a well-established education is similar how Anibar is growing from a local startup into a worldwide known event. Using the already established international name and the great network with the fellow animation festivals will help to establish the education. In a country where animation is such a young industry the easiest way to invite teachers from abroad. We work in this way in Viborg as well. We have a small core team and we invite the teachers from the industry from all around the world. They come to teach our student for a few weeks then they go back to their work. This helps us to give an up to date knowledge to our students. That makes our films strong and our students competitive in the industry. I think this system could work in Kosovo as well. I have to say it already started at Anibar how the local talents meet all these great directors during the festival. The workshops and the panels are creating the need to bring it further. The student jury composed from balkan talents already started to establish the education of the film criticism. Also establishing student exchange programs and collaborations with fellow animation schools would give a chance to young people from Kosovo to learn and bring back knowledge to the local industry. I wish good luck and can’t wait to witness these collaborations.

Anibar Press: Since you come from Hungary, do you see the difference between Hungary and Denmark in terms of production and support of animated film?

Yes, there are some differences but also a lot of similarities. The production of independent animated films is never easy. Film directors from all around the globe go on the same journey to collect the right amount of support for their production with no profit at the end. Both Hungary and Denmark has a great cultural support system that helps filmmakers to create their work. It’s getting better and better but still not ideal. It’s still a challenge to explain the outside world how much work and time is needed to create an animated film. It’s getting easier but still a constant fight for recognition.

Anibar Press: Before you came to Kosovo, what was your impression?

I heard a lot about Anibar. The festival is famous and known from its great taste of films. I personally didn’t know how young the organizers were when they started the event 10 years ago. I’m truly amazed by their effort and the never-ending energy to share animation. The whole team is composed of young and enthusiastic film fans which makes it a fast-developing event. It was really easy to relate, and I was not expecting how inspiring and fun time I will have at Anibar. Thank you.

Anibar Press: Now that you have come to Kosovo, namely in the city of Peja, what is your impression of our country?

I must tell that at Anibar I met just with amazing people from Kosovo and I really hope we will collaborate a lot in the future. I feel lucky to have a chance to get affected by the power of this young team. I learnt a lot. Peja is also great city surrounded by amazing nature. I hope the people will appreciate it more in the future and pollute less. I was sad to see so much trash in the river and on the streets, but I hope it will change in the future. Maybe with the help of animation. I had a great fun making a lot of drawings in the city and Peja has a really strong atmosphere. During drawing I had a chance to notice more details about the local life and connect with the people. A lot spoke English and know about the events of the festival. Anibar brings a lot of quality culture to them.

I really like the title because there is no hope without fear and no fear without hope. I see that the whole word is getting conscious about the problems that our ambivalent modern life is bringing to nature and to our lives. At our festival in Viborg, VAF, we are also focusing on this awareness. Our topic is ‘Human Impact’ because we would like to raise awareness on one of the biggest challenges that human ever faced. Our impact on our planet must change to avoid fatal consequences. Without hope and fears we can’t complete this mission. Events like Anibar gives a platform to spread ideas that will help us to make a change together. 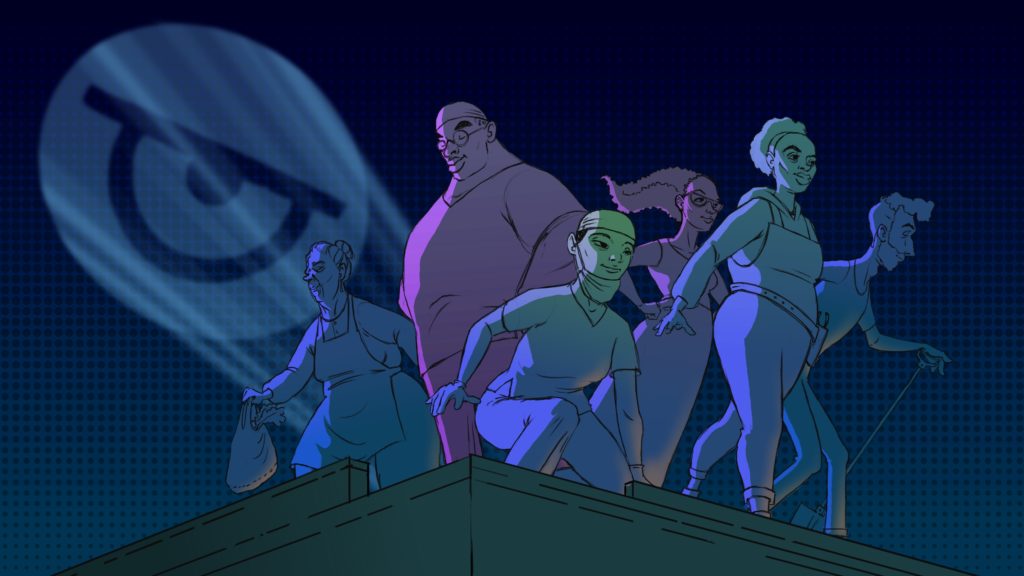 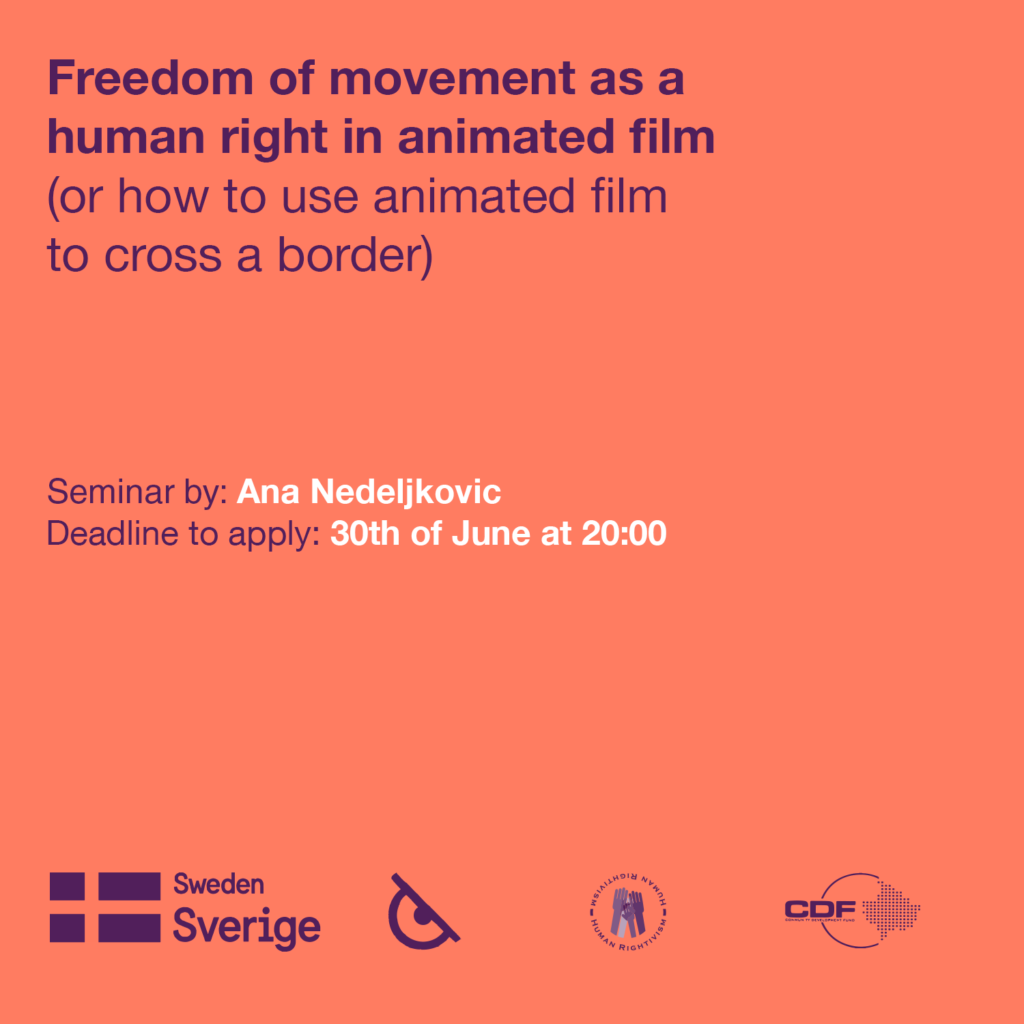 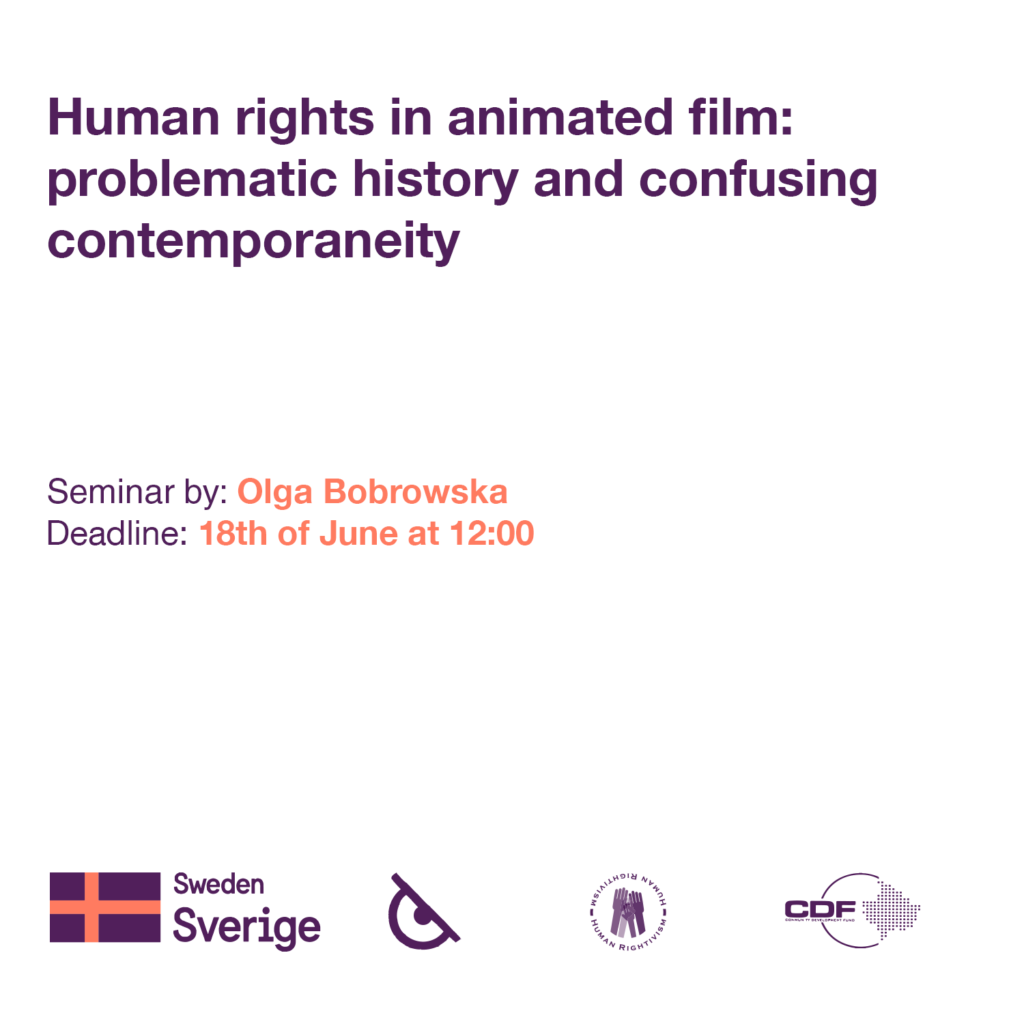