As we leave behind an entire world of chaos and uncertainty, gloomy days and darkness, humanity takes its first step in a while towards a better, more stable and brighter place. A place where hopefully things will go back to the normal we always knew and were a part of. Living through a pandemic is no small feat for anyone. Its effects will continue to prevail for a long time, but it is always up to us to choose how we cooperate and how we better ourselves in relation to these effects. Undesirable as they are, we must carry on with our mission as humans, to better the world, to better each other. Time has come for a much needed rebirth. Like the phoenix rising from the ashes, so will a new better world emerge once more. But in order to do that we must first understand what we lived through, and in certain ways, still live through: isolation.

Isolation came to us in the most unexpected form, as almost everything else does. We were unprepared. We had to shift perspective. And most importantly, we had to cope. The effects of the isolation of this pandemic year dawned on us while preparing for our 12th edition. We thought them through, and most importantly, we lived them through. And we used our experiences. The desire and curiosity to explore isolation in all its forms was the driving force behind the theme of this year’s edition. Inspired by the animation world. Because while the world stopped, the creators, the animators, the writers, the artists carried on. They continued to help cheer the silent world that had fallen asleep up. Through their craft, the world smiled once more. Through their united spirit manifested in continuous creation, the world felt like home again.

To a festival as multifaceted as the Anibar International Animation Film Festival is, the word isolation gathers on itself a multitude of meanings. You can read all about our vision on isolation in our theme declaration here. And as we hopefully near the end of this global pandemic, we did not stop working, but we searched for new ways to adapt and carry on with our message, to carry on with the festival.

We crafted a new version of the festival, and we entered the hybrid stage. We decided to continue showcasing our abundant selection of films all over the internet, so that you can feel connected to us wherever you are, on any device of your choice, we wanted to bring the world to you. But we also wanted to get back to the roots. We decided to open our doors to all of those who feel the spirit of the festival every year, who help make all of this possible, to the ones that take every workshop and every masterclass, to the ones who enjoy the movie screenings and eagerly wait for the next one to start playing, forgetting everything around them for a brief moment of time. We wanted to give you the space to do that again, to immerse yourself. We wanted to turn on the limelight once again in the comfortability of our once-a-year-home: Anibar International Animation Festival.

We went beyond, we saw and, hopefully, we conquered yet again. But that’s up to you to decide. We hope that this edition will be another edition you will take with you. An edition that inspires you, touches you and hopefully makes you act on bettering everything that’s around you. 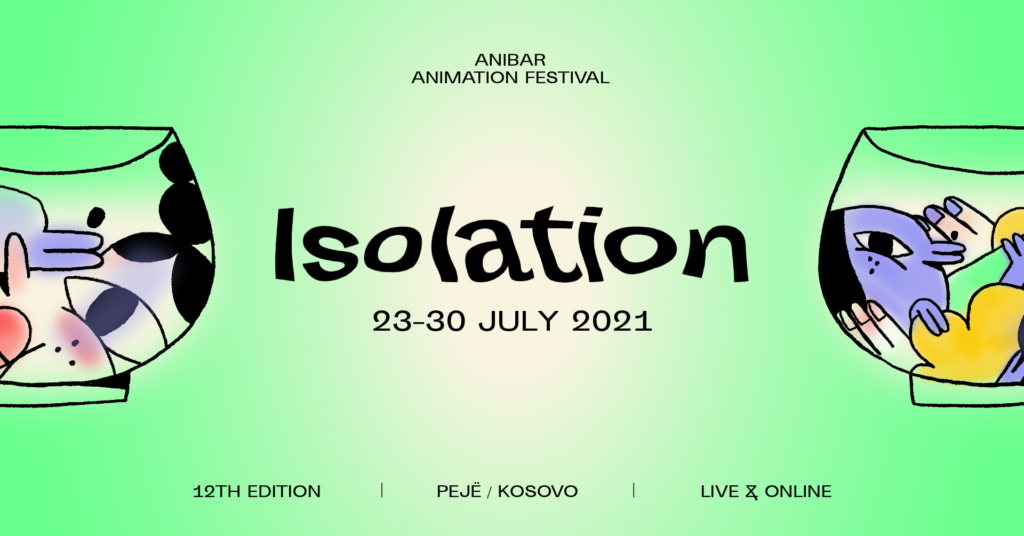