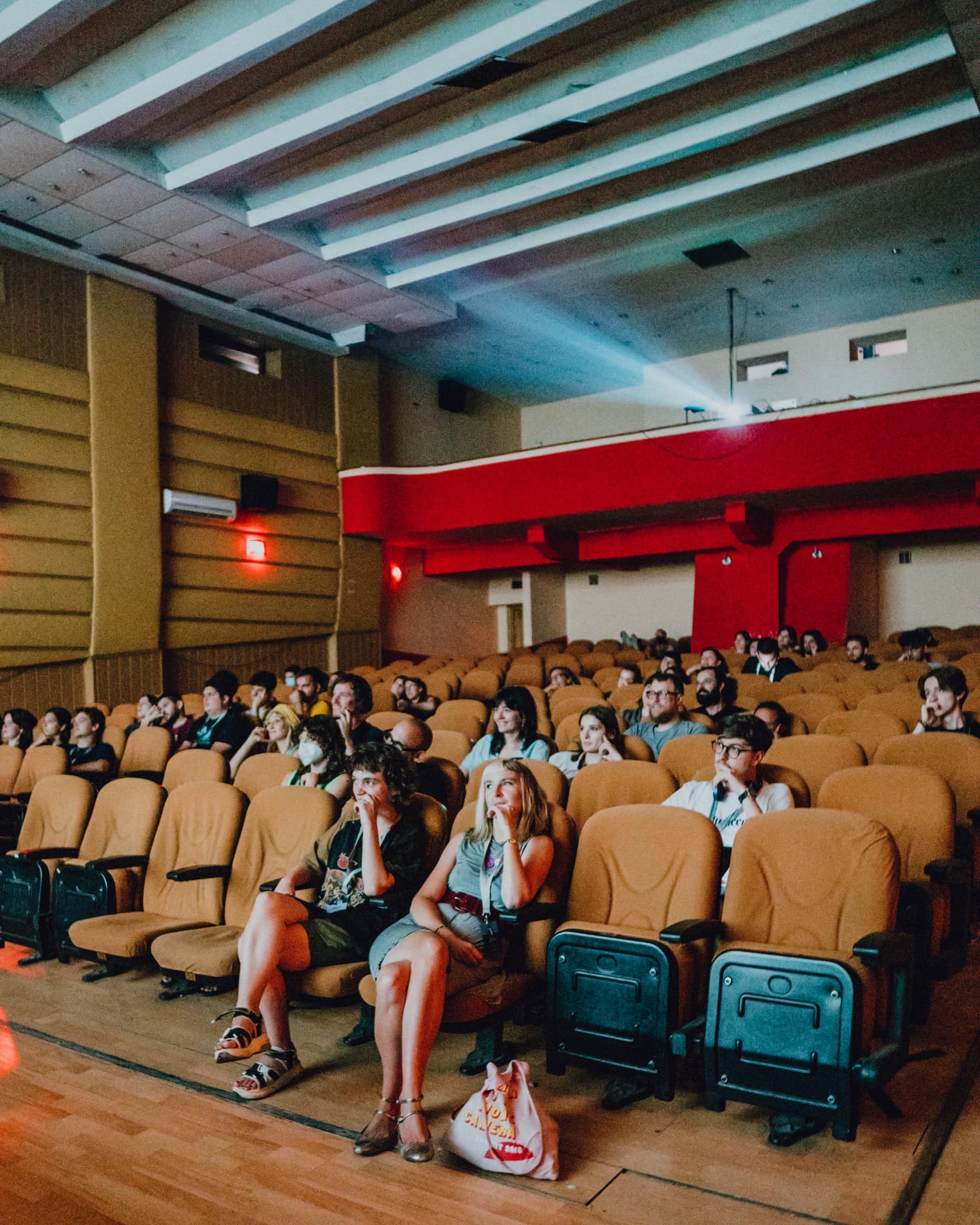 Anibar has always tackled important issues in every edition.

The various themes brought by the Festival are intended to touch the reality in which society and our world are found and to stimulate reactions and arouse social and collective consciousness.

A new generation of filmmakers has emerged in recent years, curating groundbreaking films in the still
relatively new genre of Queer Animation. Each of these films offers a unique perspective on queer
culture and identity, from gender identity in Purpleboy to early internet chat culture in Guy 101. A
variety of approaches appear from first-person anthropomorphic narrative realizations in I Like Girls to
imaginative otherworldly visions led by the women of Entropia. Some use humor and imagination, some
are factual accounts of lived experiences. From around the world, such as Hungary, Canada and Israel,
through stop motion, hand drawing or pixilation, the one thing these films have in common is a
compelling account of the “queer” human experience.
This different and very interesting program took place yesterday at 16:00 at Kino Jusuf Gërvalla. A
presentation of 10 films were screened from the Special Program: Queer Contemporaries: Entropia, Hi,
It’s Your Mother, Guy, The Saint of Dry Creek, I Like Girls, Purpleboy, The Night Cleaner, CUT, Manivald,
and Modern Queer Heroes/Little Elephant/Queerer than Thou?.

After the screening of these films a Q&A started between the artist Kate Jessop and the audience.

– What do you think is the relationship between queerness and generally taboo topics, or at least used
to be taboo in animations, that is let’s say not as direct as live action can be or other forms of art?

Kate Jessop: “I think, first of all, animation is a very accessible medium, so as we know it’s the best
medium ever. So, I think animation is a very accessible medium, it’s a joyful medium, for me it’s the best
way to communicate what could be potentially difficult topics to a wide audience. So for a couple of
reasons, it&#39;s accessible, joyful, but also it overcomes the issue of representation, which you get more
with live action. So I’m not just talking about queerness, I’m also talking about other kinds of topics that
people might find difficult to explore with live-action, so say for example documentaries about refugees,
etc. You’ve always got the issue of representation which you don’t have so much with animation so it’s
more kind of like left to the imagination and discretion of the animation director I guess.”

– And how do you feel about the fact that queer topics are discussed in a larger audience as well, I feel
like they are widely accepted in animation audiences but there’s also been backlash and a lot of it has
come from famous celebrities with a bigger platform? How do you feel that sometimes the progressive

movement keeps being in smaller circles, and what&#39;s your idea of making it even more accessible to
audiences that don’t come to festivals?
– How do we get animation to be as widespread?

Kate Jessop: “So a couple of ways, I actually really like it when I go to a film festival and I see a queer film
that’s being scheduled within the program of other films as well. That’s a good way to communicate to
the potentially unintended audience. So, for example, there’s the London Shot film festival and there’s
programs of love, and it’s like all love, so I think sometimes if it’s only a program of queer films some
people think this doesn’t concern me unless they&#39;re obviously an active ally. But I think scheduling queer
content within a wide range of programs is the way forward. But I started making queer films right
around 2015, around that time I did come across quite a few barriers in the UK and America traditional
queer cinema, is quite live-action heavy. So, whenever I go to a queer festival I’m the only queer
animator, when I go to an animation festival I’m the only queer director, so I&#39;ve never fit in, I’m always
the black sheep wherever I go.”

-Can you talk more about how the project came together?
Kate Jessop: “Modern queer heroes is part two of Queer heroes. Originally the objective for this series
of two films is, a couple of reasons, first, I wanted to say thank you to the people who do a lot of work
within the queer community, so I wanted to concentrate more on historical queer heroes. For example
Ana who was chemically castrated, but he like cracked the code against Nazis, Angela Davis, and people
like that. When that film was made, I kept meeting a lot of animators, who were like yeah, we’re doing a
film, I’d like to be involved. Then when the pandemic hit, I was like well we’re all at home. Good time to
make another film, and so I emailed everyone who told me they wanted to work on it, and I was like
“remember when you said that? We’re doing it!”. With that one, people did drop out but it’s fine, I
found some other people to step in. I set it up as a sort of game, everybody had to nominate somebody,
and the criteria was that it had to be somebody who pushed forward art or culture in any way. But you
weren&#39;t allowed to animate your own nomination, you had to learn about other queer heroes. You were
allowed to swap if you didn’t like your hero, that happened on the first one but not the second, so it was
like an educational exercise as well. Then everybody animated it in a 10-second section and then passed
their last frame to another person and so on. I wanted to be open to all types of people, so you can see
a whole range of different styles. Also, in the project I had some young grads I met on Instagram or at
film festivals. So less and more experienced people. Watching it now, I realize that the heroes are very
Western-centric, very UK, American but these were the sort of people that wanted to work with me on
it. I did get some comments, I remember, saying something like “what makes you think that these are
the heroes” not quite understanding that it was sort of like a game and those were the rules of the
game. I’m not saying that this was a definitive list but it was just a celebration basically. The objective
was that of a celebration. People like Fox Fisher, who is a trans activist, get so much abuse online, it kind
of breaks my heart. Fox was my nomination because they do so much for Trans people and Trans
activism. So they made the world a better place and it is so undeserved, they needed to be celebrated.”

-How do you deal with hatred in a healthy way?
Kate Jessop: “Two things, in regard to filmmaking and making queer films I haven’t experienced backlash
in that regard, however I have experienced kind of being ignored. When I first started making queer
films, 7 years ago, I stopped being programmed in the traditional central European film festivals. That
was quite disappointing for me, I felt like I wasn’t very supported by the traditional animation festivals.
Things have ironically changed quite a lot, a lot of the festivals that rejected me, not Anibar, are now
asking me to come and do talks and it’s like, where were you 7 years ago, when I first started making
these films. In terms of experiencing prejudice in day-to-day society, I would say just try and find your
community and support each other. I grew up under legislation, which was called section 28 in the UK,
so between 1983 and 2006… yes, I am that old, within collages you weren’t allowed to speak about
same-sex relationships and that created a whole generation of people full of shame. I feel like a lot of
people my age have had to unlearn shame, I’ve seen that in Hungary they’ve brought a similar
legislation, Poland has got the anti-LGBT areas, although I think the EU has shut that down because it’s
basically fascism, but still, I don’t feel still going to these countries because I don’t feel welcomed. I
would say try and find your community and support each other. I think within the queer community
there is often chosen family, more trans and gender non-conforming friends have been rejected by
their families so it’s good to try and support each other where you can, and just develop an instinct of
self-preservation, I think that sort of comes naturally, it comes naturally being a woman as well, just
develop a 6th sense of “is this a safe place for me to be”, and is this a safe place for me to be open etc.”

-Do you have any upcoming plans for queer heroes?

Kate Jessop: “Yes, absolutely, I feel like the series could go on. Another suggestion that I had was anti-
queer heroes, like Putin, but that is quite hateful, and I don’t want to spread hate, there’s so much hate
as it is, I’m trying to do something positive. There are so many different groups of people I can focus on,
I’m always thinking of heroes in real life like, damn, we should animate them, so like feminist heroes,
disability heroes, there’s so many heroes that we can animate and celebrate. I need to think of some
more themes.” 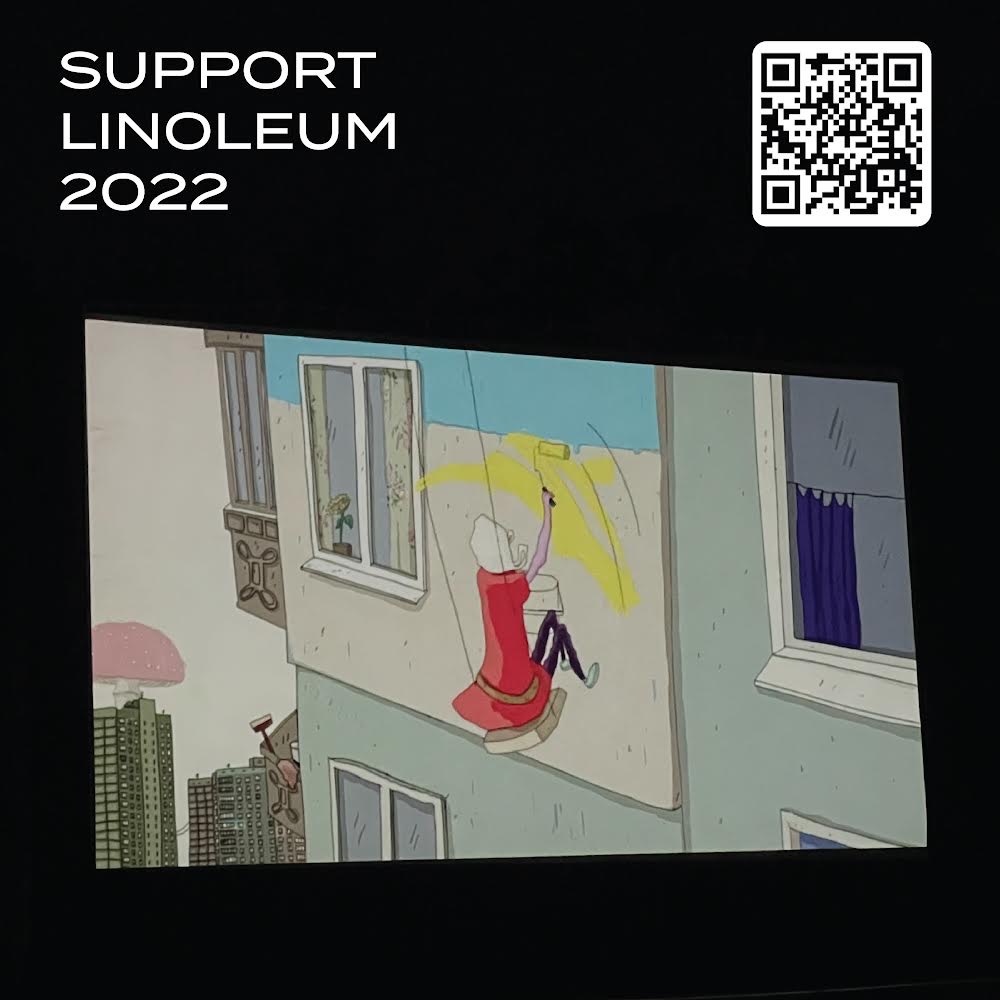