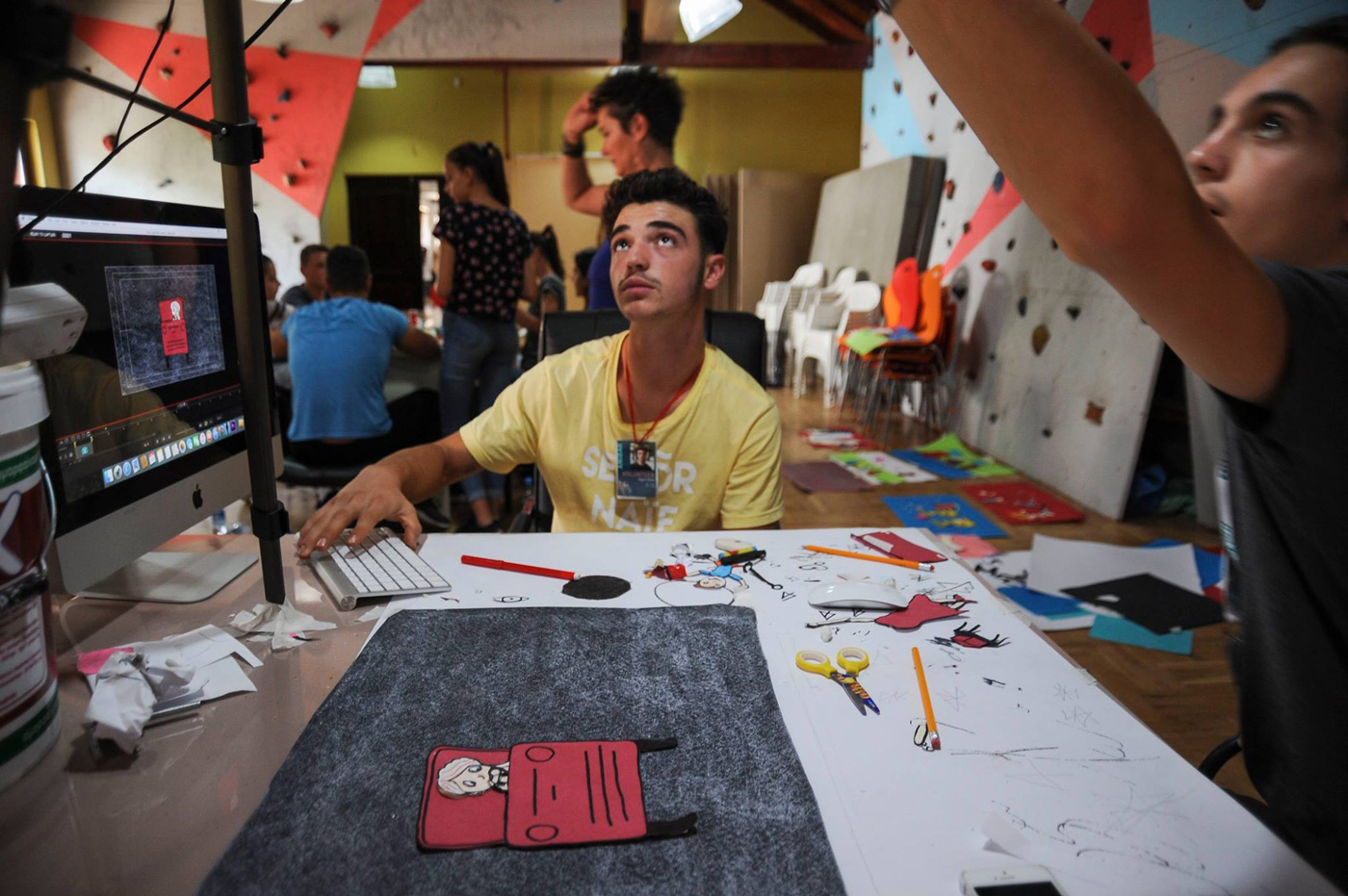 Workshop for kids with Mate Sziget

Have you ever heard about Mate Sziget and storytelling through the animation? Mate Sziget is coming for the first time in Kosovo through the tenth edition of Anibar festival, which will be held this year from 15 to 21 July, 2019 in Peja. Mate through the technique of cut-out animation will teach the younger generations about the basics of animation, animation on the frame, and how to create animated short videos using various materials.

Mate Szigeti was born in Budapest, Hungary in 1996. In 2018 he graduated as a film director at Illyés Animation School in Budaors. In 2016-2017 he has created many animation workshops for children at animation festivals such as Primanima or KAFF in Hungary. From his graduation, he worked as an animator and illustrator on numerous projects such as: Igen a Nemek köz Katalin Piczkó, Szélfogó by Ágnes Győrfi, or ALP by Julia Müller.

This workshop is open for age groups from 10 to 14 years old.

Hopping Future and Bouncing Past – Animating Silhouettes and Paint

Our world changes depending on how things move. From children that used to play with mud, or chase each other in the woods, now we’re facing the new generation that spend their time on tablets and smartphones. We want to explore the differences between the way things are moved in the past and the way they move now and in the future. The participants of the training which will be held from Mikoláš Fišer and Viktorie Štěpánová will have the great opportunity to create a short story with the use of some of the oldest animation techniques – using the silhouettes of paper in the glass, as in the oldest animated film of Prince Ahmed’s film from 1928. In this workshop the participants will record sounds and they will also do the music of the animated film! Join us and we can bring your ideas to life!

We have taken care to select the best trainers for the workshop with the young people.

Mikoláš Fišer is an animation student at FAMU in Prague. He is currently exploring the secrets of the digital medium and 3D and combining live footage with animation. Mikoláš participated in several animation workshops and was a lecturer at a Krutón filming camp. In addition to the animation, his hobby includes the design of the game, theater, illustration, gardening, grill and occasionally, solving crossword puzzles.

Viktorie Štěpánová was born in 1999, lives in Brno, Czech Republic. She studied Illustration, but now she is studying animation as a film student and Television School in the Academy of Arts in Prague. She is a student who is passionate about many things, but mostly about art, illustration and animation.

This type of animation is structured for age groups from 8 to 12 years old.

For more information on how to apply on the workshops please click on the link.