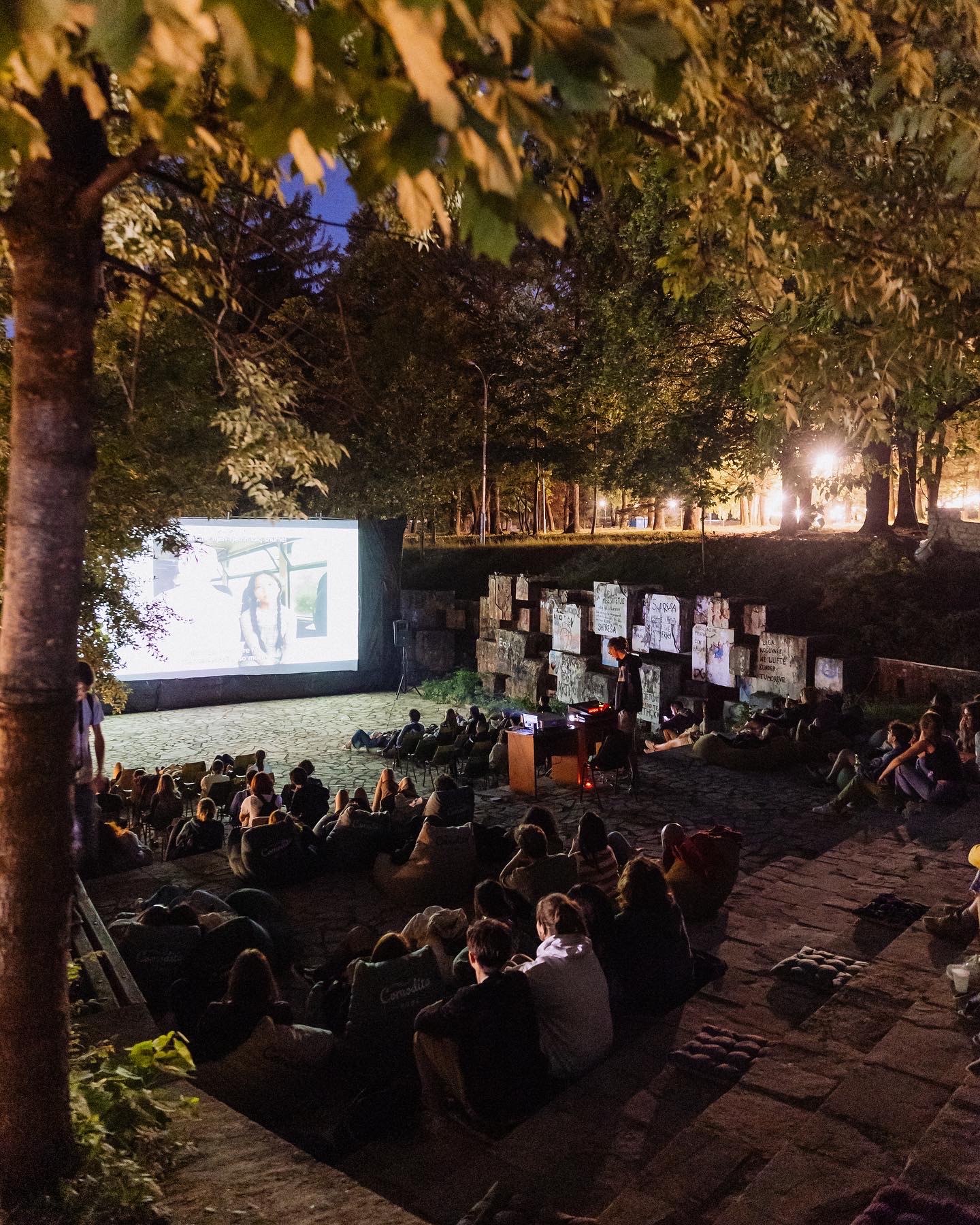 Here is an in-depth walkthrough of everything that took place during the day, including the opening ceremony, workshops and of course our “Bestytndejat!”

The screening of the children’s program for ages 4+ also began at 12:00 in the Istref Begolli theater. While the program for children aged 9+ was held starting at 14:00 at the Jusuf Gërvalla Cinema.

The “Balkan Competition” screening brought to the public a number of films produced in the countries of the region (Slovenia, Croatia, Serbia, Greece), while the public had the opportunity to enjoy the premieres of “Shpija” by Flaka Kokolli and “Magnet” by Arvan Berisha; two animated films produced in Kosovo.

The day continued with the special program: Scratch, Crackle and Pop: The films of Steven Woloshen. During this program, some of Steven Woloshen’s animated short films, created between 1983 and 2022 were presented. Meanwhile, as the film screaming reached an end, Steven was ready to answer questions from the audience, where he revealed more details about his work.

Additionally to film screenings and masterclasses, festival attendees will have the chance to follow a series of panels with distinguished speakers throughout the festival. A panel discussion on animation in the Balkans began at 17:00 at the Art Gallery in Peja, where attendees discussed for an hour the independence of art in the region.

From 20:30 onwards, the “International Competition 1” film screenings began at the Lake Cinema, where attendees saw six animated films.
Then proceeding with the “Students Competition 1” at Cube Cinema.