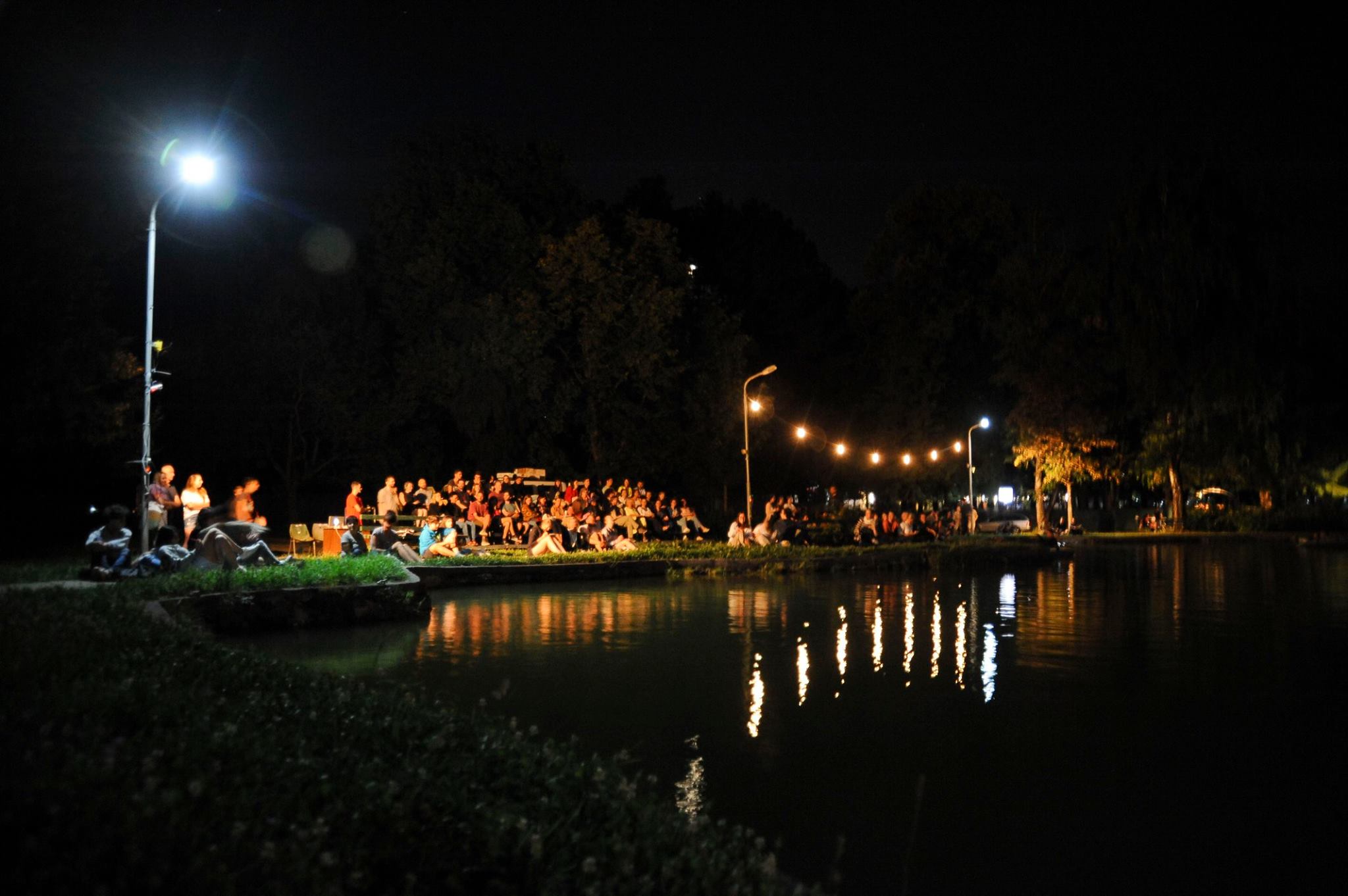 The International Animated Film Festival - Anibar, held from July 15 to 21, 2019, will open the doors of cinemas rated as the world’s most beautiful for animated film fans featuring 244 animated films in five different cinemas in the city of Peja. Some of which are specially built for Anibar.

Anibar is known as the first animated film festival that has created temporary cinemas where visitors have had and will still be able to watch animated films. Some open spaces, enabling a tremendous experience during the festival – as the one in the Cinema at Lake.

The cinema at the lake, along with the cubes in the city park, give everyone the chance to enjoy the selected movie under the stars.
While the Cinema “Jusuf Gervalla” includes in itself the history and cultural heritage of the city but also all of Kosovo, for all those who want to be offered with both of these. Another Open Cinema will be “Urban” Cinema located in the center of Peja and thus the worshipers of the film even closer to the city.

Anibar’s open-air cinemas, such as the “Kuba” Cinema and the “Liqeni” Cinema, were ranked in 2014 as the world’s most beautiful cinemas amongst 15 of them, according to the international portal “BoredPanda” , dedicated to “Kino Liqeni” culture. They were ranked 11th in the selection of the BoredPanda editorial office.

Cinema “Liqeni” starts the screening of international films classes from 20:30. So if you like the movie and sailing at the same time, at Anibar you will be able to do both. Aside from being one of the most beautiful cinemas in the world, the particularity of this cinema is enhanced by the boats at the Lake, from which you can see the movies.

Cinema “Kubat” is the cinema located in the city park, and begins the screening of films from 22:00. The movies below the stars, is what this Cinema offers.

The cinema “Jusuf Gervalla” is the only cinema of the city of Peja during the Anibar festival, and will feature a huge number of films, featuring special categories and special feature films.

The “Kids” Cinema is located in the theater “Istref Begolli” in Peja and is a cinemas dedicated to children and teenagers, which consists of a program for animated children’s films. This cinema features movies starting at 12:00, and is open to everyone by turning the “Istref Begolli” theater into a place where children will spend their time along the Anibar.

By boat or under the stars, between history and heritage or simply in the theatrical environment. Anibar brings it all to you in a bundle, during the tenth edition. It is up to you how you want to experience the movie you chose to see.