Chris Robinson is a Canadian writer and author. He is also the Artistic Director of the Ottawa International Animation Festival (OIAF) and is a well-known figure in the animated film world and was recently given the 2020 award for Outstanding Contribution to Animation Studies by the World Festival of Animation Film - Animafest Zagreb. 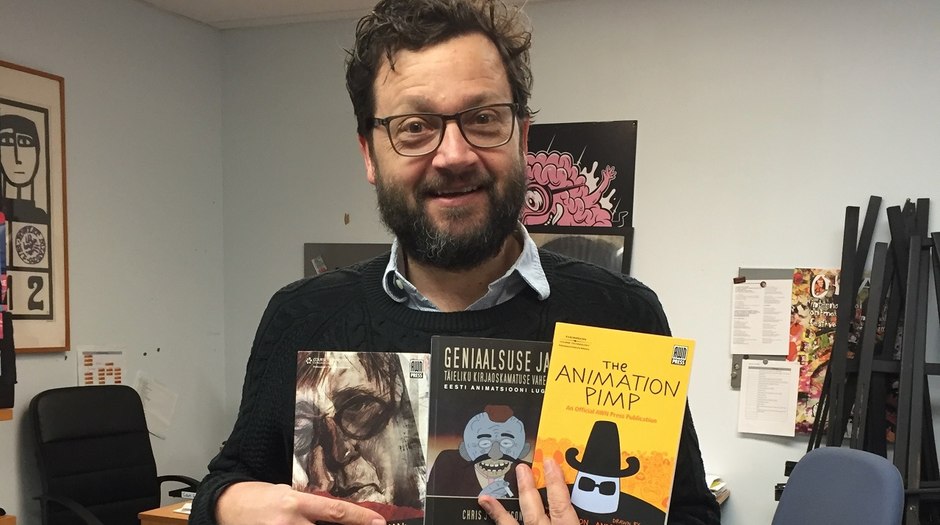 Robinson has been called “one of the stylistically most original and most provocative experts in the history of animation. He made a name for himself with a unique and eclectic magazine column Animation Pimp, which became a book of the same name (the column was later renamed into Cheer and Loathing in Animation).

Mastering different methods and styles in critical and scholarly approaches, Robinson covers a broad range of Canadian and global subject matters in his books Estonian Animation: Between Genius and Utter Illiteracy, Unsung Heroes of Animation, Canadian Animation: Looking for a Place to Happen, Ballad of a Thin Man: In Search of Ryan Larkin, Animators Unearthed, and Japanese Animation: Time out of Mind.

In addition to his writing on animation, Robinson also wrote the Award-winning animated short, Lipsett Diaries (2010) directed by Theodore Ushev.

Currently, Robinson is working with German artist, Andreas Hykade on My Balls Are Killing Me, a graphic novel about his experience with cancer.  He is also collaborating with Theodore Ushev on a live action feature film, Drivin’ and writing animated short projects for Serbian artist, Igor Coric.

Chris Robinson presentation is supported by the Canadian Embassy in Zagreb.